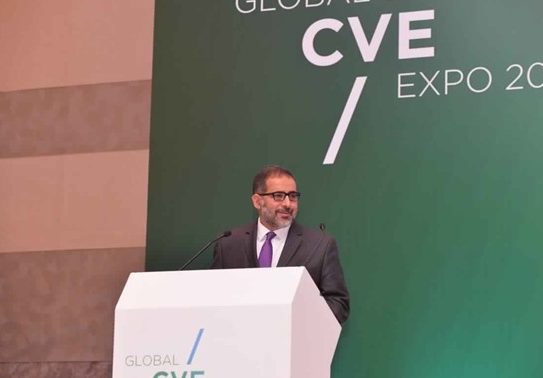 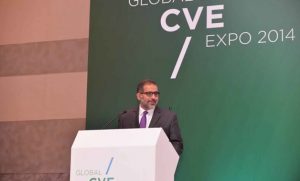 CAIRO – 12 March 2018: Libya is expected to witness in 2018 the first-ever presidential election in the history of the republic, according to the UN Envoy to Libya. Former Libyan Ambassador to the United Arab Emirates (UAE) Aref Ali Al-Nayed has officially announced his candidacy for the historic 2018 presidential bid.

He revealed that he has been working on a significant platform in cooperation with a young teamwork so that Libya survives and overcomes its ongoing crisis.

Egypt Today sheds light on the career and personal profile of Al-Nayed, who may be Libya’s next president.

Al-Nayed served as the Libyan ambassador to the UAE from June 2011 to October 2016. He founded Kalam Research and Media (KRM) (a think tank and training center dedicated to research and education in Islamic theology and Islamic philosophy), based in Tripoli and Dubai.

Born in Benghazi in 1962, Al-Nayed is considered as one of Libya’s scholars, specialized in Islamic philosophy. Following the February 17 Revolution, Al-Nayed joined the rebels and worked as a coordinator of the Libya Stability group before being appointed by the National Transition Council as Libya’s ambassador to the UAE.

He studied engineering in Canada, after finishing high school in the U.S. He was awarded a Ph.D. degree from Canada. He is a senior advisor to Cambridge’s Inter-Faith Program and a member of the board of advisors of the John Templeton Foundation.

Al-Nayed managed an IT company based in the UAE and Libya, besides lecturing on Islamic theology, logic, and spirituality at the restored Uthman Pasha Madrasa in Tripoli, Libya.

In an interview with the BBC on September 15, 2015, Al-Nayed expressed his wishes to lead his country.

Nayed was one of the nominees to be Libya’s prime minister after the revolution. “Libya needs teamwork, and it needs people working together and people who may not love each other or like each other, but will love and like Libya enough to work with one other,” he added to the British network.