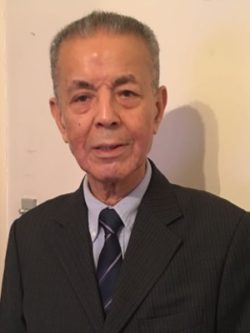 Born in Benghazi, Libya, and holding dual British/Libyan citizenship, in 2008 Mr. Fezzani retired as Deputy Chief Executive and General Manager of British Arab Commercial Bank (BACB), following over 30 years service. During his time at BACB he acted as the main interface between the Bank and its principal Arab customers, bankers and shareholders; he headed up the Institutional & Corporate Banking (ICB) department; and he was directly responsible for BACB’s Representative Office in Libya – its largest market.

Mr Fezzani was appointed as a Member of the LBBC Board of Directors in May 2009, having previously held the position of Honorary Council Member. In this role, he provides the LBBC and its members with invaluable advice and expertise regarding the Libyan business scene and unique access to its corporate and political hierarchy.