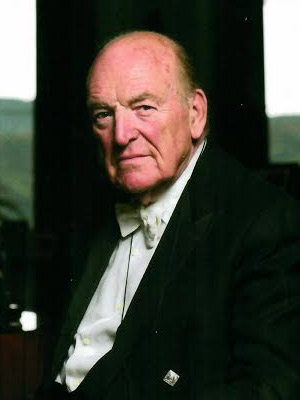 Robert Gibbons is a Lawyer and was for over 30 years Senior Partner of Fox & Gibbons, where he established offices throughout the Middle East until the firm was acquired in 1998 by Denton, now Denton S.A. Mr Gibbons was Legal Counsel to both Sheikh Zaid, Ruler of Abu Dhabi and Sheikh Rashid, Ruler of Dubai and the Maktoum family. He was also Legal Counsel in London to the late King Hassan of Morocco. He has represented a number of Middle East institutions, governments and corporations and was Legal Counsel to the British Diplomatic Missions in the region. He was also responsible for establishing the Arab arbitration body and the Arab British Chamber of Commerce in London.

For 24 years Mr Gibbons was Chairman of the Sheraton Hotels in London and latterly of the Sheraton Grand in Edinburgh, and was founding Chairman of Highland Spring Mineral Water. With Dermot Graham, he established at the request of HMG, the Libyan British Business Council and as Deputy Chairman he works closely with the Libyan authorities to encourage and promote trade and investment opportunities for our members