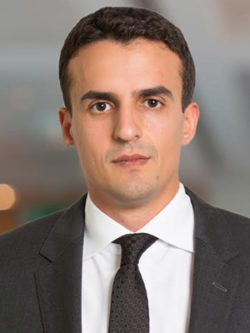 During the 2011 Libyan uprising, he served as special advisor and member of staff of the Prime Minister of Libya appointed by the National Transitional Council.

Tarek then went on to join the international law firm Hogan Lovells 2012 where he ran that firm’s Libya Practice and was a member of the Infrastructure, Energy, Resources and Projects practice.  Tarek became Partner at that firm and retired in June 2018 to pursue establishing Eltumi & Co as a leading Libyan law practice.

Tarek is fluent in both English and Arabic and is widely published on matters of Libyan law.