“The return of the diplomatic presence of the EU in Libya will further strengthen co-operation with the government, local authorities and the United Nations,” the bloc said in a statement on Saturday.

The EU relocated its Libya delegation to Tunis in 2014, as the country was mired into chaos after the 2011 uprising that toppled and killed dictator Muammar Gaddafi.

“Our presence here will be now much more regular. I had an excellent meeting with President al-Sarraj, we discussed the support the European Union is giving to Libya, to the Libyan people,” Mogherini said.

“We are the first partner for Libya when it comes to humanitarian aid, when it comes to development cooperation but also we are the first economic partner for Libya and with the president we have discussed not only the political support the European Union is giving to the political process, also the preparation for elections, but also we have discussed new projects,” she added. 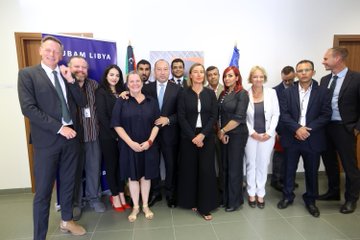 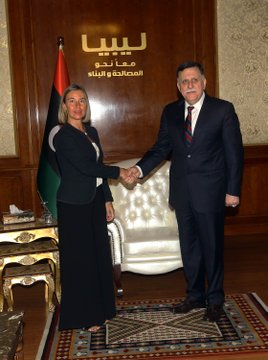 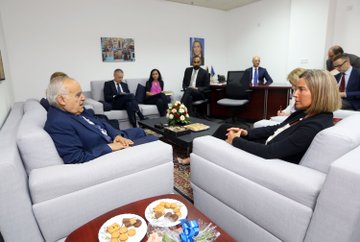 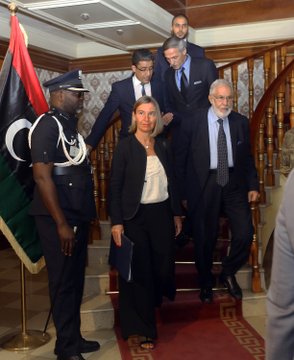 Rival Libyan leaders agreed to a French-brokered deal in May to hold elections by the end of this year, but there are still concerns over whether a vote can take place.

The EU is eager to see stability return to Libya to help stem the flow of thousands of African migrants making the perilous journey across the Mediterranean from North Africa.

Last month, its 28 leaders agreed to consider setting up “disembarkation platforms” outside the bloc, most likely in North Africa, in a bid to discourage migrants boarding EU-bound boats.

Humanitarian groups have been especially critical of the likelihood that migrants would be sent to chaotic situations in Libya, where refugees have faced abuse, exploitation and trafficking.

She told Sarraj that she was “relieved” that a recent oil crisis had been resolved.

The Tripoli-based National Oil Corporation (NOC) announced the re-opening of four oil terminals after renegade General Khalifa Haftar agreed to hand over control of the ports.