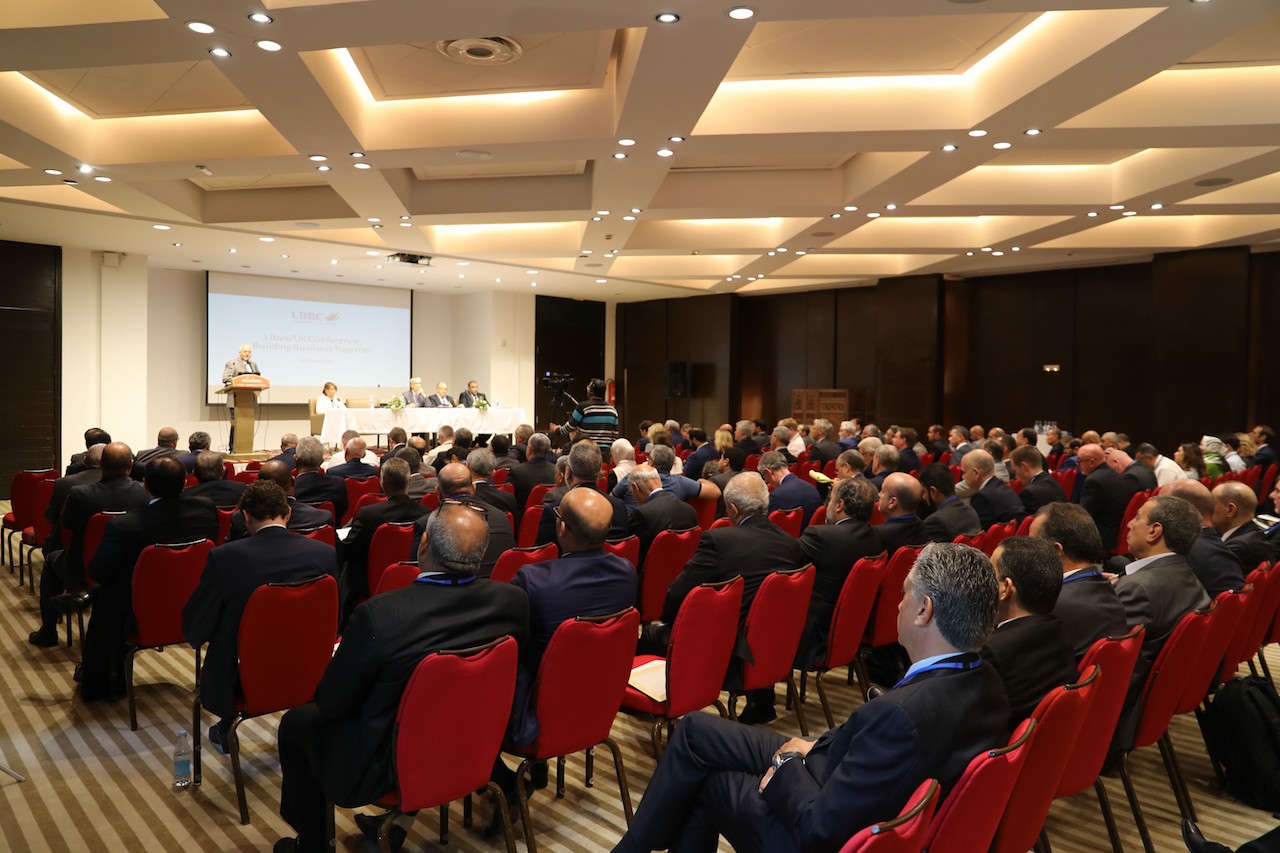 LBBC Hosts the Biggest Ever Libyan-British Trade and Investment Conference

LBBC Hosts the Biggest Ever Libyan-British Trade and Investment Conference

The Libyan British Business Council (LBBC) took over 60 representatives from 36 member companies to Tunis from 22-24 October, to meet more than 120 Libyan business counterparts.

LBBC Chairman Sir Vincent Fean said: “As a non-political UK/Libya business body, we are listening to Libyan business voices and responding fast to the needs they share with us. We work hard to build partnerships of mutual benefit with the National Oil Corporation (NOC), the Central Bank, and Libyan enterprises of the future like the Libyan Post Telecommunications & Information Technology Company (LPTIC). Clearly, there is more to do in areas of growing need like ICT, electricity, healthcare, education and training, so we will step up our efforts in these sectors”.

October 22nd was the day for bilateral meetings with Mustafa Sanalla, Chairman of Libya’s NOC, and his top team, including board members, Chairmen of NOC operating companies, the Director of Human Resources and the Head of NOC’s Training and Development Department.

October 23rd saw the biggest Libyan/British trade and investment conference ever held outside the United Kingdom.

Dr Ahmed Maiteeg, Deputy Prime Minister of Libya’s Government of National Accord (GNA), focusing on Libya’s economic development. He commended the Libyan economic reform package launched last month, which has led to a significant upturn in trade, and he warned sternly against disrupting the NOC. This would be a betrayal of the Libyan people, since the NOC is developing and monetising Libya’s primary natural resource – oil and gas – for the benefit of all the Libyan people;

Mustafa Sanalla, NOC Chairman, who spoke out against smuggling and criminality, and welcomed the UN’s decision to impose sanctions on the destructive criminal, Ibrahim Jadhran. Chairman Sanalla also welcomed the close and growing cooperation between the NOC and the UK. He and LBBC Chairman Sir Vincent Fean signed a Statement of Intent to work together to fulfil NOC priorities in a number of areas;

Saddek Elkaber, Governor of the Central Bank of Libya, welcomed the British Government’s support for key Libyan institutions like the Central Bank, highlighted extensive Libyan/British cooperation in the field of financial services, and commended the economic reform package agreed with the GNA;

Dr Faisel Gergab, Chairman of the Libyan Post, Telecommunications and Information Technology Holding Co (LPTIC), outlined his strategic plan to develop Libya’s ICT sector across the country, including the development of an ICT academy producing the next generation of Libyan expertise in this vital sector. He too welcomed the LBBC’s commitment to bring British expertise to work hand in hand with far-sighted Libyan companies with great potential, such as LPTIC.

Sir Vincent added: “We will be where Libyan business wants us to be – confronting the very real challenges side by side, and overcoming them, together”. 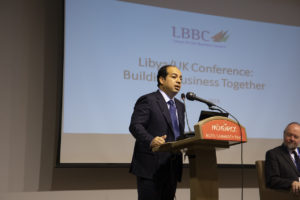 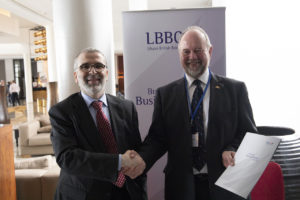 Mustafa Sanalla, NOC Chairman, welcomed the close and growing cooperation between UK oil and gas companies and the NOC; and with LBBC Chairman Sir Vincent Fean he signed a Letter of Intent to further develop these relationships. 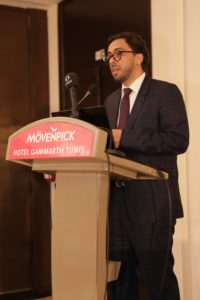