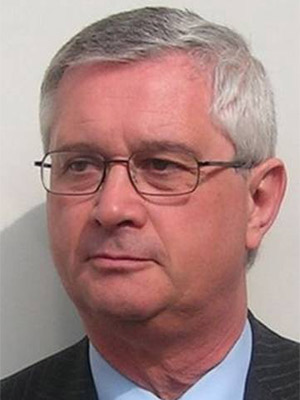 Robin Lamb studied Arabic and history at Brasenose College, Oxford, and at the Middle East Centre for Arabic Studies (MECAS) in Lebanon. He joined HM Diplomatic Service in 1971 and his career has been almost entirely devoted to Britain’s relationship with the Middle East – encompassing appointments to British Embassies in Bahrain (as Ambassador), Basra (as Consul General), Cairo, Jedda, Khartoum, Kuwait, Riyadh and Tripoli, as well as an assignment in Muscat. Appointments at the Foreign Office have included spells as a Director of Trade Partners UK (now DIT) and as Deputy Head of the Middle East Department. He left government service in April 2007.

Robin has been Director General of the LBBC since May 2009. As DG, Robin supports the Chairman in delivering decisions of the Board and in maintaining contact with British and Libyan Ministers and senior officials. He also works to deliver services to LBBC members, including devising and delivering our programme of trade missions and business events. Robin is also Executive Director of the Egyptian British Business Council, a member of the Board of the Egyptian British Chamber of Commerce and a Trustee of the British University in Egypt as well as a member of the Board of the Royal Society for Asian Affairs.